Think that Staffing Agency Placements Are Not Your Employees? Think Again. 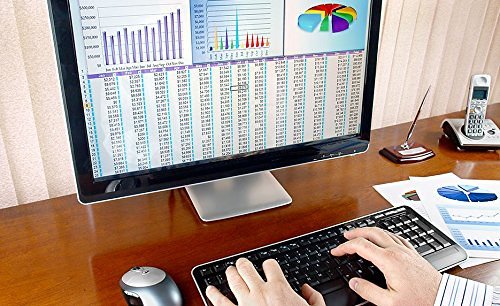 On January 23, 2020, the Appeals Court of Massachusetts (“Appeals Court”) overruled a Massachusetts superior court’s directed verdict in the defendant’s favor. This case clarifies the application the independent contractor law in situations where there a possible business-to-business relationship, such as involvement of a staffing firm, is present. The slip opinion can be found here.

In 2010, a recruiter from Eliassen Group, LLC (“Eliassen”), a technology staffing firm, recruited Joel Weiss (“Weiss”) to perform work for Loomis Sayles & Company, L.P. and Loomis Sayles & Company, Inc. (collectively “Loomis”). Weiss who is a software engineer was also the President of JoSol, Inc. (“JoSol”). Weiss, as JoSol’s President, signed an independent contractor agreement between JoSol and Eliassen. JoSol has only two employees, Weiss and his wife. Weiss indicated (likely at trial) that he thought the business-to-business arrangement was a better financial deal for him if JoSol contracted with Eliassen instead of him as an individual.

After interviewing with a few Loomis supervisors, Loomis determined that Weiss would be a good fit for the company. On August 4, 2010, Eliassen and Loomis signed a called a professional services vendor agreement for “Joel Weiss for technology services.” Loomis did not know of the existence of JoSol at the time Loomis contracted with Eliassen for Weiss’s services.

Weiss commenced working for Loomis in their technology group in September 2010. The initial contract between Eliassen and Loomis lasted for three months and the two companies extended the agreement several times. On February 1, 2013, Loomis and Eliassen entered into a second agreement for “Joel Weiss for Technology Services” which ran through December 31, 2013. This second agreement contained language stating that Weiss “free to accept engagements from others during the term of this Agreement, so long as such actions [did] not impair [his] ability to perform his . . . services to Loomis Sayles.” With this new agreement Loomis restricted the work Weiss could perform for other companies.  In September 2013, without warning or explanation Loomis terminated Weiss. Weiss collected unemployment through JoSol.

Plaintiff Weiss commenced a civil action against Loomis on January 30, 2014 alleging he was misclassified as a general contractor under M.G.L c. 149 § 148B. Instead, he alleged that he should have been classified as an employee. Loomis provides a generous benefit package to its employees for which he was not eligible as a contractor.

Mid-trial, Loomis moved for a directed verdict for a finding in their favor that Weis lacked standing “as an individual” to sue for misclassification. Loomis’s argument was that this was a “business-to-business” arrangement where it contracted with Eliassen for Weiss’s services– and Weiss voluntarily provided services through JoSol his business and his employer. Weiss countered stating that Loomis contracted with Eliassen for his services and used Eliassen to evade statutory requirements. The trial judge did not reach a ruling on the issue of standing to sue for misclassification and instead ruled on the directed verdict based on the notion that Loomis had presented enough evidence to find Weiss was an independent contractor and not an employee of Loomis.

As a first order, the Appeals Court ruled that Weiss had standing to sue for misclassification. Then, the Appeals Court reversed the trial court’s decision determining that even though there were some factors that point to a legitimate business-to-business relationship, the issue should still have been heard by a jury. Further, the Appeals Court stated: “a jury could reasonably have found that Loomis failed to establish one or more of the statutory prongs of 149 § 148B” (the Massachusetts independent contractor law). The Appeals Court, citing Athol Daily News v. Board of Review of the Div. of Employment & Training, 439 Mass. 171, 177 (2003), stated that “[t]he issue turns on whether Loomis had the right to supervise, direct, and control the details of Weiss’s performance, or whether Weiss was free from supervision ‘not only as to the result to be accomplished but also as to the means and methods that are to be utilized in the performance of the work.’” The Appeals Court then determined that Weiss could potentially prove to a jury that Loomis had the right to “supervise, direct, and control” his performance. The Appeals Court also noted that evidence existed which could support the conclusion that there was a legitimate business-to-business exemption from the statute and thus the factual issue should have been presented to the jury.  Importantly, the Appeals Court emphasized that the fact that Loomis contracted with a staffing agency does not automatically make the statute inapplicable.

The facts that influenced the Appeals Court’s findings included:

The Appeals Court essentially determined that the trial court should not have taken the case away from the jury.  The court found that the evidence presented at trial could have been sufficient to support a finding of control under the Athol factors and prevent a directed verdict in Loomis’s favor. The Appeals Court remanded the case stating that Loomis had not proven that Weiss was an independent contractor at the time of the directed verdict at trial. The Appeals Court stressed that in order to be considered an employee under M.G.L c. 149 § 148B, Weiss only had to present evidence to satisfy one provision of the statute and there was plenty of evidence presented at trial for Weiss to satisfy each provision. Thus, a new trial will be needed to decide on the issue of misclassification.

Loomis could still win the case after trial, but so could Weiss. It will be up to the jury.

Important Takeaways from the Weiss Case

What does this mean for employers? Simply put, a company cannot avoid wage laws, unemployment insurance, workers’ compensation, federal and state withholdings, FICA, etc., as well as company benefits given to employees by contracting with an individual’s company (most common scenario is sole proprietorship) instead of the individual themselves. Additionally, a company cannot necessarily avoid an employer-employee relationship by having a third-party contract with the person classified as an independent contractor. This is also a reminder to companies to be careful about the amount of control they exhibit over individuals they are classifying as independent contractors. If the company looks to an independent observer like they are treating the person as an employee on a day-to-day basis, then it could very well be “employing” that person.  It is also important to note that the SJC focused on the fact that Weiss was a member of a project team with Loomis employees and performed the same work as Loomis employees. So much so, that it was often unclear which individuals working on projects were contractors or employees.

“QuickBooks 2013 for Contractors” by jacquelyn50 is licensed under CC0 1.0